Neither dead nor alive

The new series, created during the period from 2014 to 2016, Struchkova's reflections on the illusory nature of the surrounding reality, formed by media images and substitute materials. Struchkova turns to the Russian landscape, borrowing the composition and the color solution, she creates a new world, which consists entirely out of LEGO details. Past or future, living or dead? The construction kit becomes a metaphor for reality, in which universal plastic parts replaced everything. Natasha Struchkova: «With the symbolism inherent in Russian landscape, the landscapes in my pictures reflect a strange state of matter: whether alive – whether dead, whether created by people – whether revived from ancient genes in plastic». Struchkova converts her painting from kilobytes: spatial compositions modeled in graphics programs are in the basis of all the pictures. Voluminous digital landscapes fall on the canvas in one of her perspectives. The simple forms from which they are constructed refer us to the modernist abstraction of the artist, educated in the propaedeutic of the Bauhaus. 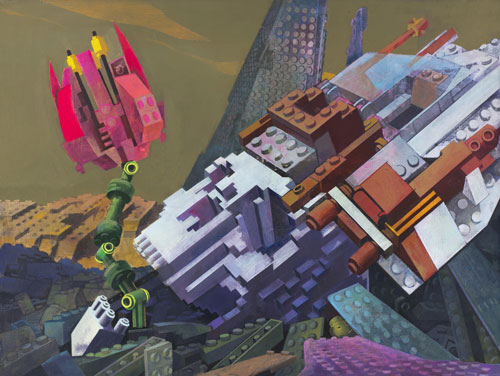 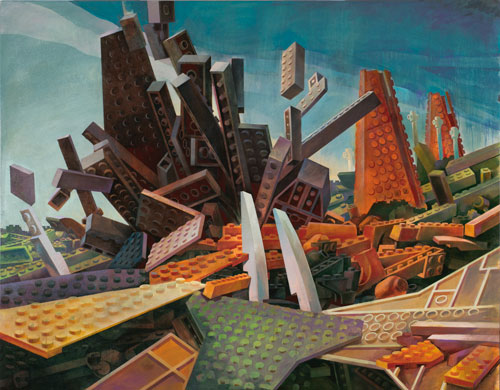 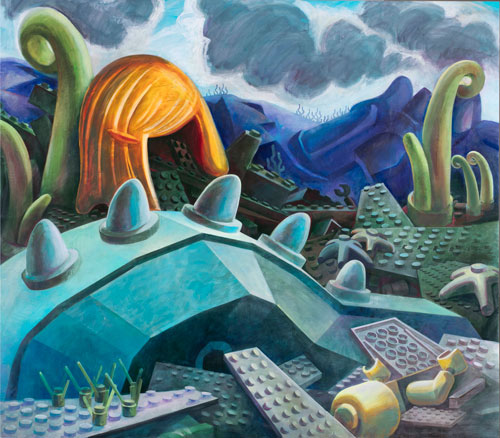 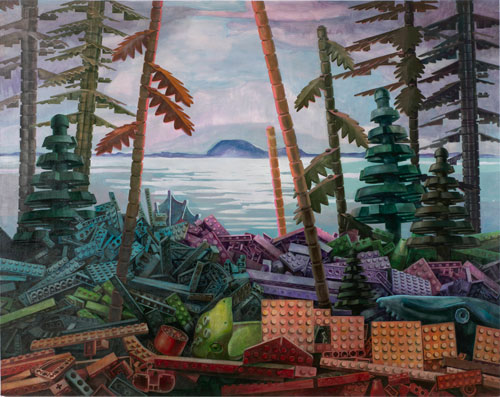 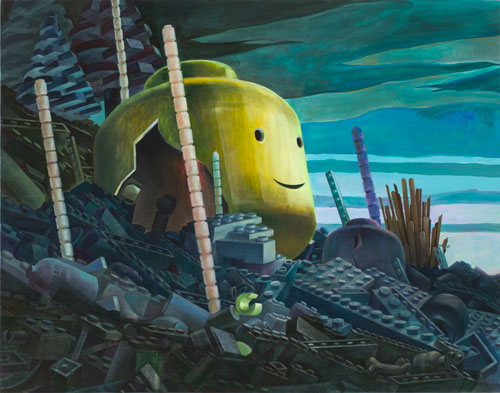 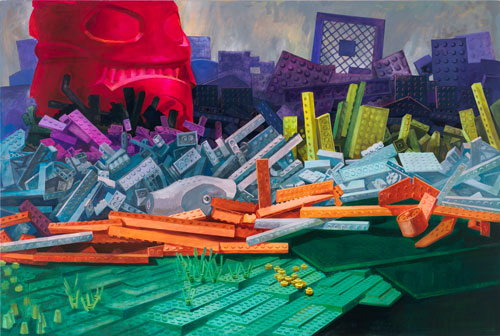 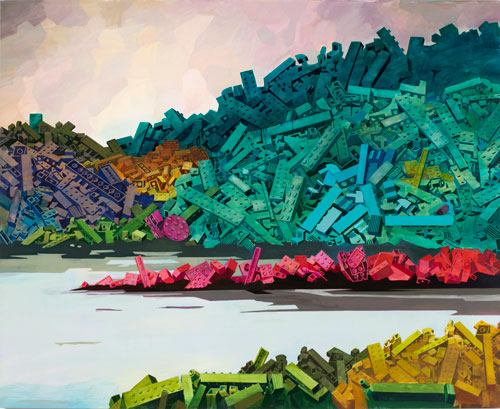 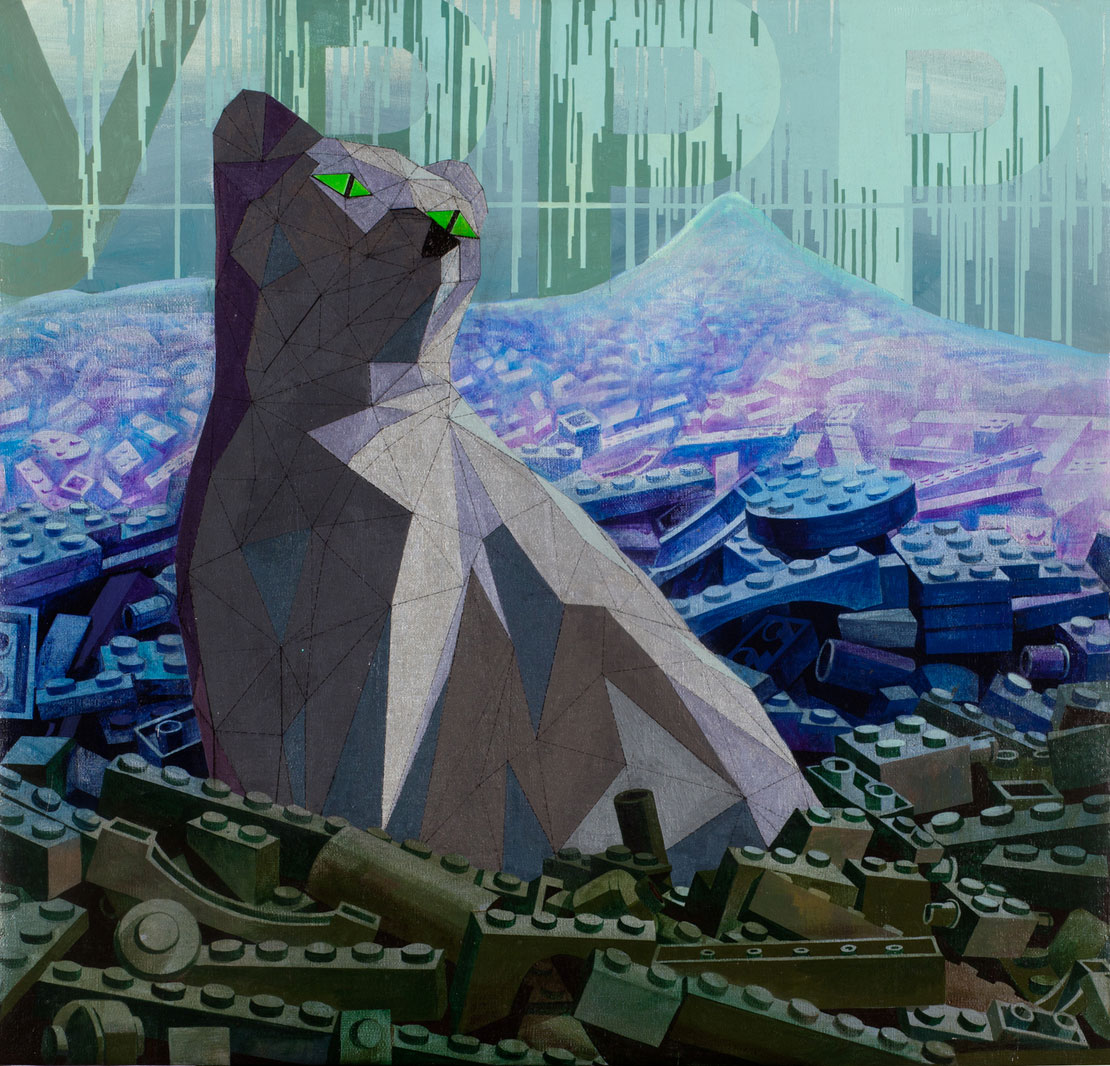