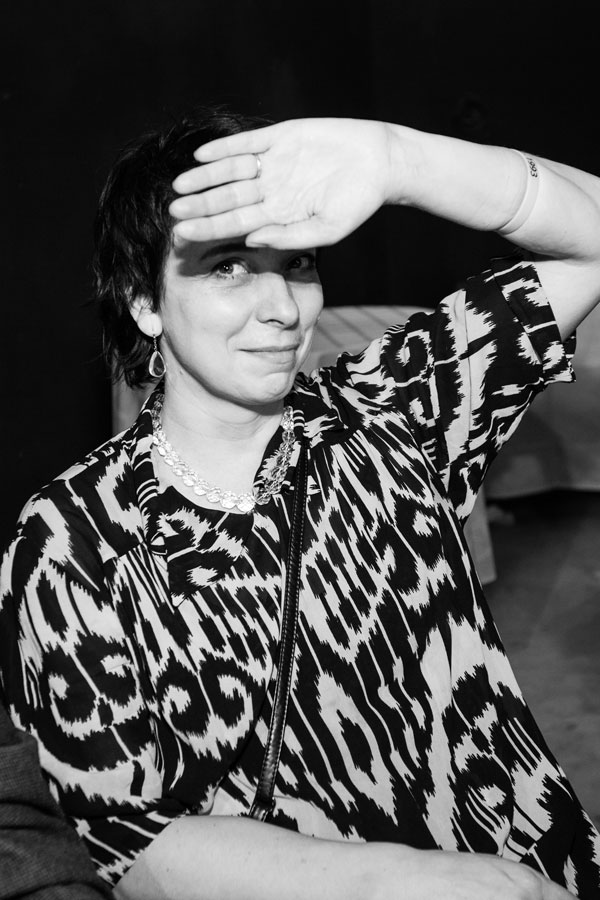 Born in Moscow in 1968. Graduated from the Moscow Institute of Architecture in 1993. Struchkova became one of the first Russian web-designers. Her first creative projects in the late 90’s were connected with the development of digital technologies - the Internet and virtual reality programming languages. In 1999-2000 she studied at the Institute of Contemporary Art. Graduates formed a group "Leto", in terms of which a festival of street performances took place in 2000-2002. In 2001 Natasha Struchkova, Maxim Ilyukhin and Mikhail Kosolapov founded ABC group (Art Business Consulting). The group focuses on the topic of office culture and the image of middle manager; participants create objects, installations, performances, photo and video, graphics and painting. In 2004-2009  group had their own artists-run space “ABC Gallery” at Art-Strelka, in 2010-2012 "Office Gallery" at ARTPLAY.

In 2001 Struchkova started working as a painter. In her paintings she comprehends how through information flows and modern technology the surrounding reality is formed. In 2001-2012 she creates a "pixel" painting, simulating computer graphics from the 90’s. The plot is based on the compilation of the popular media images. In 2009 Struchkova referred to the paintings of Russian artists: on her canvases she re-created recognisable scenes and landscapes using LEGO parts. The designer becomes a metaphor for a world in which all the materials and items were replaced by universal plastic parts. Struchkova makes sketches in graphics programs: she generates dimensional spatial compositions and chooses perspectives for display on the canvas. Converting kilobytes into the art and using at the basis of the image now pixels, then the three-dimensional model, Struchkova registers, according to her own words, a strange state of matter: neither live nor dead.

She is a repeated participant of Moscow Biennale (2005, 2007, 2011, 2013). Her works have been exhibited numerous times at the Tretyakov Gallery (Moscow, Russia), the Hermitage Museum (Russia, Saint-Petersburg), the Garage Centre for Contemporary Art (Moscow, Russia), the Hiroshima City Museum of Contemporary Art (Hiroshima, Japan), the BALTIC Centre for Contemporary Art (Gateshead, the United Kingdom), the Pinchuck Art Centre (Kiev, Ukraine). Struchkova’s works are in the collection of the Moscow Museum of Modern Art as well as in the numerous private collections.